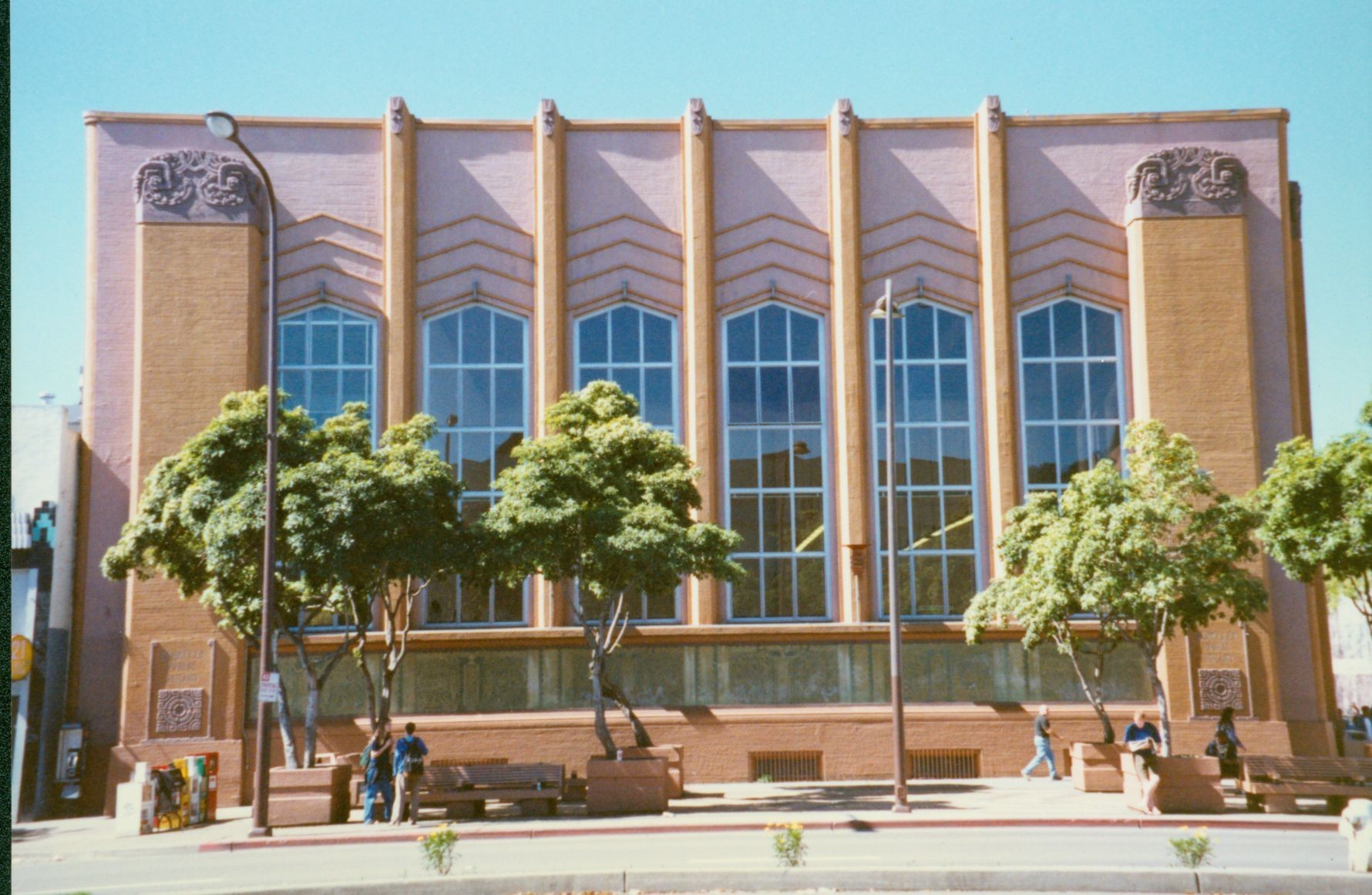 Central Branch viewed from Shattuck Ave in the 1990s.  This is the Central Branch, designed by James Plachek in 1930, in Karl Kardel's distinctive burnt orange colors that graced the building from 1973 - 1998.

The early history of the Central Branch is found on the home page of the guide.  By the turn of the 20th century the rented rooms in the Shattuck Block were no longer adequate owing to the library's immediate success - 20,000 visitors were recorded in 1893, over 44,000 in the next year and almost 61,000 in 1895.  Soon an application was made to Andrew Carnegie for funds to build a permanent library.  He eventually donated $40,000, then land on which to construct the building had to be secured.  In 1905 Mrs. Rosa M. Shattuck - widow of Francis Kittredge Shattuck - donated a lot of land worth $30,000 at what would become the corner of Shattuck Avenue and Kittredge Street, in what was once her rose garden.  Renowned architect John Galen Howard was selected and a beautiful - if small - building was erected at 2266 Shattuck Ave.

A generation later the building was razed and James Plachek designed a dramatically larger facility on the same site.  The entrance (and thus address) was moved to Kittredge Street.  Built in a zigzag Moderne style with pseudo-Mayan and Egyptian influences, this building once proudly featured dramatic sgraffito panels (slightly damaged, but still visible) depicting now muted scenes of book making and enjoying, and the consequent acsent of "stairs of knowledge" with their employment.  This symbolism was once dramatically reinforced upon entering the original lobby: one literally ascended stairs of knowledge as one entered the library, rising ever closer to the then 6 floors of book stacks.  This building was truly meant to be a library which offered treasures.

This building served the community remarkably well for over 60 years, but time took its toll.  The building - once a sybolic jewel in Berkeley's crown - was crowded, worn, patched, and suffered from, among other things, an historically insensitive 1960s-era addition.  In 1996 citizens of Berkeley voted in favor of $30 million in bonds to finance a well deserved rehabilitation.  Central was dramatically enlarged, retrofitted, and restored by the firm Ripley Boora.  One very important change was accessibility: no longer must one climb stairs - as beautiful a symbolic act as that may be - just to enter the building.  Rather, one may freely enter and exit the library on foot or wheel.  To accommodate this change without altering the architectural integrity of the exterior, the entrance was moved down Kittredge Street to a new addition and into what was once the basement floor.  Old-timers may remember this entrance was once the site of a staff parking lot and community lawn that used to host the popularFriends of the Library annual booksale.  This is the building we now call Central. 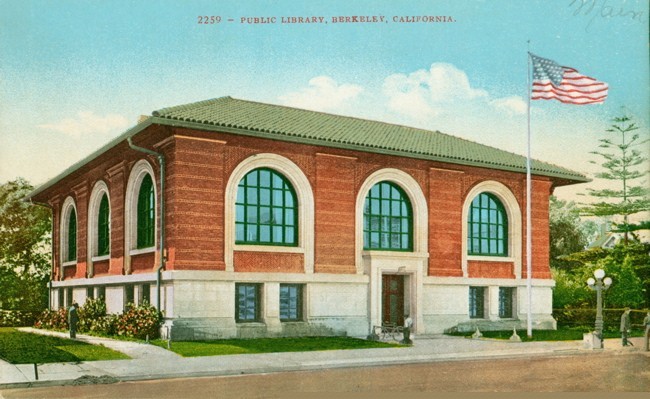 Central Branch as designed by John Galen Howard, viewed from Shattuck Avenue c. 1906.  This building was the Central Branch from 1905-1929. 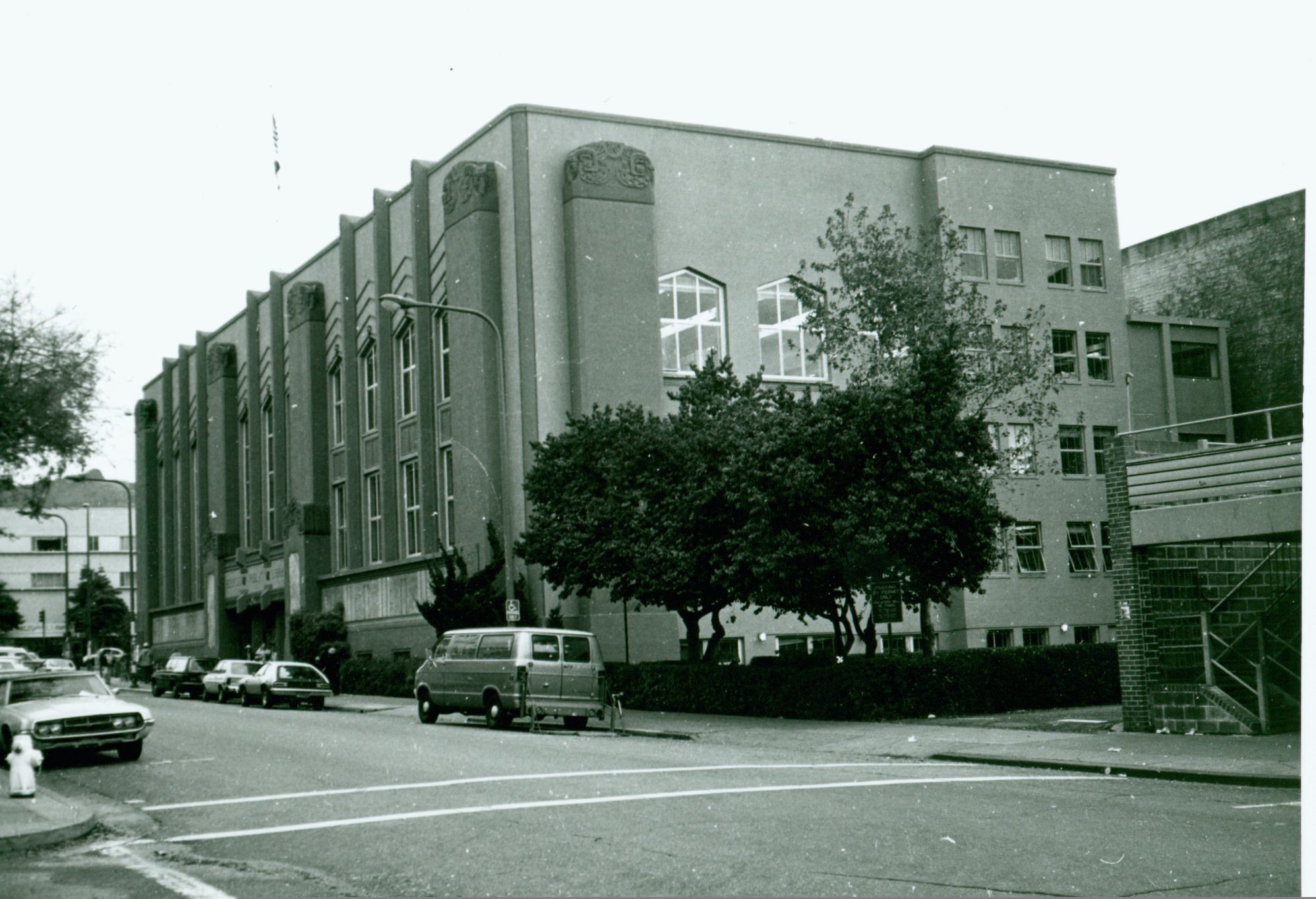