Home » About » News » Authors of The Forbidden Book: The Philippine-American War in Political Cartoons and Twenty-Five Chickens and a Pig For a Bride at the Berkeley Public Library for Filipino American History Month

Authors of The Forbidden Book: The Philippine-American War in Political Cartoons and Twenty-Five Chickens and a Pig For a Bride at the Berkeley Public Library for Filipino American History Month

Authors Jorge Emmanuel, Abraham Ignacio, Jr. and Evangeline Canonizado Buelwill present their books: The Forbidden Book: The Philippine-American War in Political Cartoons and Twenty-Five Chickens and a Pig For a Bride with a slide show and discussion at the Berkeley Public Library,  Central Branch, on Saturday, October 26, 2013, 2:00-4:00 pm in the 3rd Floor Community Meeting Room.

The Forbidden Book uses over 200 political cartoons from 1898 to 1906 to chronicle a little known war between the United States and the Philippines. The war saw the deployment of 126,000 U.S. troops, lasted more than 15 years and killed hundreds of thousands of Filipinos beginning in February 1899.

The book’s title comes from a 1900 Chicago Chronicle cartoon of the same name showing then-President William McKinley putting a lock on a book titled “True History of the War in the Philippines.” Today, very few Americans know about the brutal suppression of Philippine independence or the anti-war movement led at that time by the likes of writer Mark Twain, peace activist Jane Addams, journalist Joseph Pulitzer, steel magnate Andrew Carnegie, labor leader Samuel Gompers, and Moorfield Storey, first president of the NAACP.

Twenty-five Chickens and a Pig for a Bride was the dowry author Evangeline (Vangie) Buell’s Buffalo Soldier grandfather paid to her grandmother’s family in the Philippines. Vangie recounts her grandfather’s experiences as a Buffalo soldier, a U.S. army Black segregated regiment in the Philippine-American War. She recounts growing up as one of the few Filipinas in West Oakland during the 1930s and ’40s. Vangie was born in 1932 and remembers seeing, “No Filipinos or Dogs Allowed” signs on restaurants.  Today she is the co-founder of the Filipino American National Historical Society’s East Bay Area Chapter and is the retired Events Coordinator of the University of California-Berkeley International House. 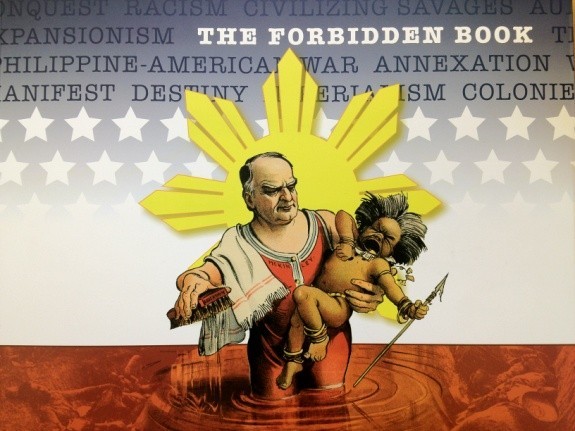 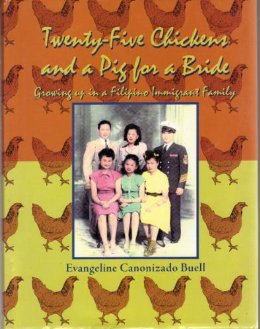