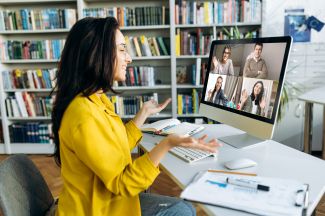 "Anyone who says they have only one life to live must not know how to read a book." - Anonymous.

Come join our book club if you like reading a wide range of LGBT+ books!

Every month we'll be focusing on a book featuring prominent queer characters and themes. Our selection is not restricted by genre, but a combination of young adult, new adult, fantasy and science fiction, memoirs, essays, etc. If you have a favorite book you want to talk about, let us know and we might add it to our list!

The next Saturday books are:

Available as eBook only through the Berkeley Public Library (Hoopla), also as an eBook through Alameda County Library and San Francisco Public Library

In the fading light of a dying star, a soldier for hire searches for a missing refugee ship and uncovers a universe-shattering secret. Orphan, refugee, and soldier-for-hire Asala Sikou doesn't think too much about the end of civilization. Her system's star is dying, and the only person she can afford to look out for is herself. When a ship called The Vela vanishes during what was supposed to be a flashy rescue mission, a reluctant Asala is hired to team up with Niko, the child of a wealthy inner planet's president, to find it and the outer system refugees on board. But this is no ordinary rescue mission; The Vela holds a secret that places the fate of the universe in the balance, and forces Asala to decide-in a dying world where good and evil are far from black and white, who deserves to survive? From award-winning science fiction authors Becky Chambers (The Long Way to a Small, Angry Planet, A Closed and Common Orbit, and Record of a Spaceborn Few), Yoon Ha Lee (Ninefox Gambit, Raven Stratagem, Revenant Gun, Dragon Pearl), Rivers Solomon (An Unkindness of Ghosts), SL Huang (Zero Sum Game.

Becky Chambers is a science fiction author based in Northern California, best known for her Hugo Award-winning Wayfarers series. Her books have also been nominated for the Nebula Award, the Locus Award, the Arthur C. Clarke Award, and the Women's Prize for Fiction, among others. Her latest work is A Prayer for the Crown-Shy, the second of her Monk and Robot novellas.

Becky has a background in performing arts, and grew up in a family heavily involved in space science. She spends her free time playing video games, tabletop RPGs, and looking through her telescope. Having hopped around the world a bit, she’s now back in her home state, where she lives with her wife. She hopes to see Earth from orbit one day.

Rivers Solomon writes about life in the margins, where they are much at home. In addition to appearing on the Stonewall Honor List and winning a Firecracker Award, Solomon's debut novel An Unkindness of Ghosts was a finalist for a Lambda, a Hurston/Wright, an Otherwise (formerly Tiptree) and a Locus award. Solomon's second book, The Deep, based on the Hugo-nominated song by Daveed Diggs-fronted hip-hop group clipping, was the winner of the 2020 Lambda Award and shortlisted for a Nebula, Locus, Hugo, Ignyte, Brooklyn Library Literary, British Fantasy, and World Fantasy award. Solomon's short work appears in Black Warrior Review, The New York Times, The New York Times Magazine, Guernica, Best American Short Stories, Tor.com, Best American Horror and Dark Fantasy, and elsewhere. A refugee of the Trans Atlantic Slave Trade, Solomon was born on Turtle Island but currently resides on an isle in an archipelago off the western coast of the Eurasian continent.

SL Huang is a Hugo-winning and Amazon-bestselling author who justifies an MIT degree by using it to write eccentric mathematical superhero fiction. Huang is the author of the Cas Russell novels from Tor Books, including Zero Sum Game, Null Set, and Critical Point, as well as the new fantasy Burning Roses. In short fiction, Huang’s stories have appeared in Analog, F&SF, Nature, and more, including numerous best-of anthologies. Huang is also a Hollywood stunt performer and firearms expert, with credits including “Battlestar Galactica” and “Top Shot.” Find SL Huang online at www.slhuang.com or on Twitter as @sl_huang.

A Korean-American sf/f writer who received a B.A. in math from Cornell University and an M.A. in math education from Stanford University, Yoon finds it a source of continual delight that math can be mined for story ideas. Yoon’s novel Ninefox Gambit won the Locus Award for best first novel, and was a finalist for the Hugo, Nebula, and Clarke awards; its sequels, Raven Stratagem and Revenant Gun, were also Hugo finalists. His middle grade space opera Dragon Pearl won the Locus Award for best YA novel and was a New York Times bestseller. Yoon’s short fiction has appeared in publications such as F&SF, Tor.com, and Clarkesworld Magazine, as well as several year’s best anthologies.

The Lady's Guide to Celestial Mechanics by Olivia Waite

Available through the Berkeley Public Library as both a physical book (2 copies) and eBook (Hoopla, Overdrive)

As Lucy Muchelney watches her ex-lover's sham of a wedding, she wishes herself anywhere else. It isn't until she finds a letter from the Countess of Moth, looking for someone to translate a groundbreaking French astronomy text, that she knows where to go. Showing up at the Countess' London home, she hoped to find a challenge, not a woman who takes her breath away.

Catherine St Day looks forward to a quiet widowhood once her late husband's scientific legacy is fulfilled. She expected to hand off the translation and wash her hands of the project--instead, she is intrigued by the young woman who turns up at her door, begging to be allowed to do the work, and she agrees to let Lucy stay. But as Catherine finds herself longing for Lucy, everything she believes about herself and her life is tested.

While Lucy spends her days interpreting the complicated French text, she spends her nights falling in love with the alluring Catherine. But sabotage and old wounds threaten to sever the threads that bind them. Can Lucy and Catherine find the strength to stay together or are they doomed to be star-crossed lovers?

Olivia Waite writes queer historical romance, fantasy, science fiction, and essays. She is the romance fiction columnist for the New York Times Book Review. When the birds are propitious, she sends out the Oliviary: a newsletter full of news, recommended reads, and intriguing content curated from niche corners of the internet.